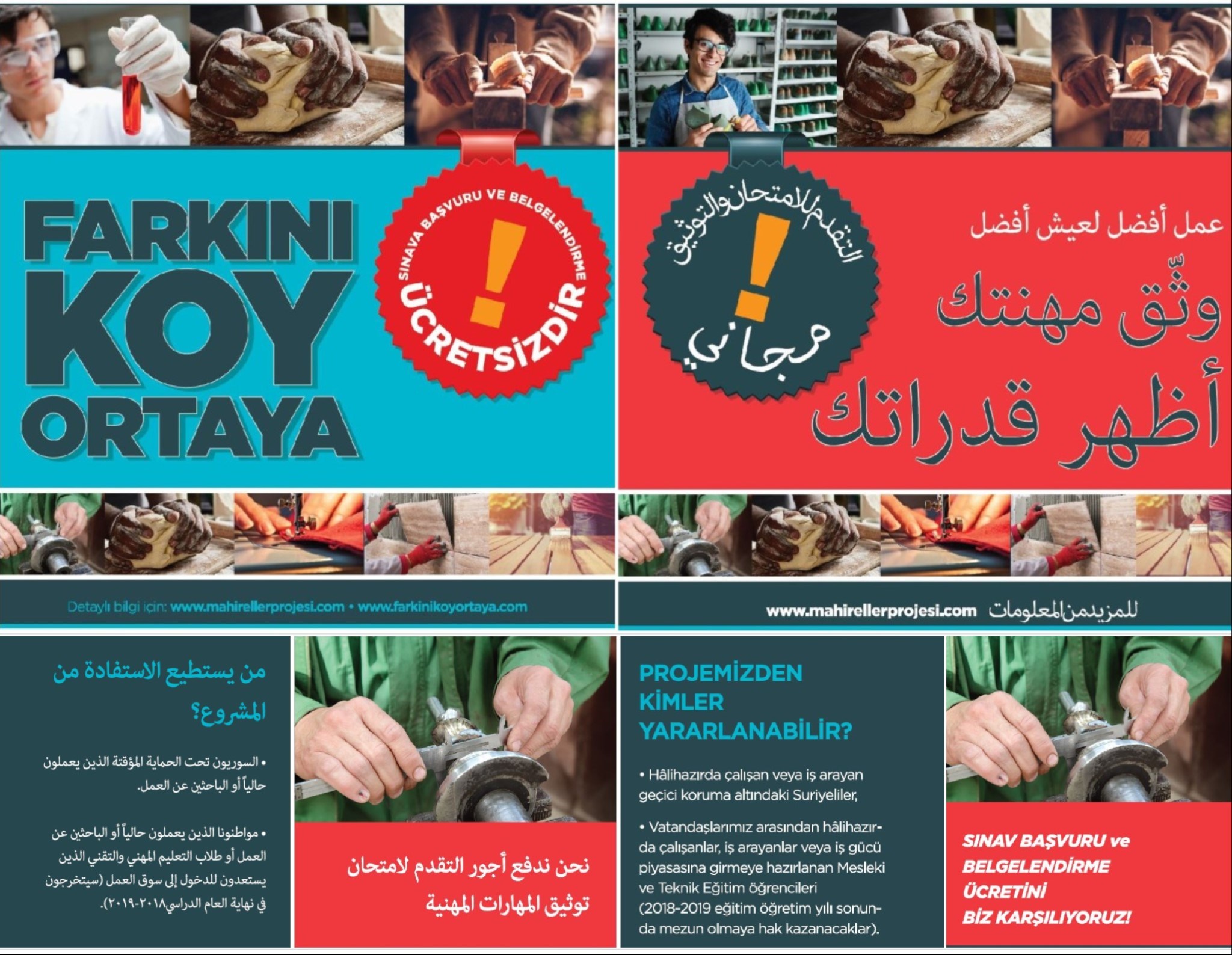 Led by the Union of Chambers and Commodity Exchanges of Turkey (TOBB) in partnership with Turkey Economic Policies Research Foundation (TEPAV), implemented with European Union finance, the Expert Hands Project (“Mahir Eller” Project) will determine the professional skills of 30,000 people and competence of 20,000 people will be documented; employment will be provided for 3,000 people.

TOBB President Hisarcıklıoğlu said in his speech that Turkey is confronted with the most severe refugee problem since World War II. Reporting that 7 million Syrians have been forced to leave their country during the civil war, Hisarcıklıoğlu said that half of these people were accommodated in Turkey.

Hisarcıklıoğlu reported that the project will first focus on Adana, Bursa, Gaziantep, Hatay, İstanbul, İzmir, Kayseri, Kilis, Konya, Mardin, Mersin and Şanlıurfa which are hosting the most Syrians; and that they aimed to reach people with vocational proficiency, experience and in search of better working conditions.

Stating that this project is not just an employment project, Hisarcıklıoğlu stated that 30,000 people will increase their professional proficiency and skills.

Hisarcıklıoğlu stated that they are aiming to maintain a 35-65% rate between Syrian refugees and Turkish citizens throughout the project, “It is not only our refugee brothers which will benefit from it but all of Turkey.”

Approximately 1,000 firms are targeted to be voluntary employers in 12 provinces where the project will be implemented. The firms will have the opportunity to employ people who are certified with professional qualifications. They will have the opportunity to certify their professional qualifications free of charge as a part of the project. In addition, various incentives will be given for the companies which employ people as a part of the project. These incentives will be for the payment of work permit fees and 10 percent of the total cost of the new employee for 6 months. Employers will benefit from this incentive for all employees employed as a part of the project. In the process, companies will receive consultation on the legal processes related to the employment of Syrians under temporary protection.